One of the best things to own your Notion page is to customize it with intriguing widgets, add different views, and much more. However, to make it more relatable and customized, you can always add a cover or header image to it.

But there is a common problem with Notion; you need to have the header image size in a specific aspect ratio, or you will end up cropping or stretching your cover image.

Also, the sizes of Notion’s cover images vary from device to device, which is often a problem.

In this guide, we look into what aspect ratio you should be using to create a perfect header size for your Notion page and how to find it out.

Notion’s flexibility is one of the reasons why it is most loved by its users.  You can use it offline, use multiple widgets, work with an Apple Pencil and even use Notion synced blocks.

But what’s more important is the flexibility with which you can use Notion without an app or directly in your browser. However, the header image size always bugs the users, as most times, either it is cropped or stretched.

The correct or appropriate header image size for the Notion header image on wider screens like laptops and desktops is 1500px by 600px.

This is the most appropriate size if you are creating your own cover banners or a visual to match your theme on wider screens.

Yet, this differs with other devices such as an iPad or a smartphone, which we shall get to in the later sections of this guide.

When you use a 1500 px by 600 px cover size for Notion on the web, you can still find a lot of border details to snip out.

For instance, if you have something informational, such as a study timetable, as a cover image for Notion, it is likely that some of the data will snip out as the profile picture and the border stretch change.

In this case, you can refer to how to create a perfect Notion cover image with a great video tutorial by Notion for Teachers.

If you have important information that you would like to have in your Notion cover image, you place it in dimensions 1170px by 230px from the entire 1500px by 600px cover image.

This dimension of the cover image is easily visible on the cover without any cropping on all the devices.

If you are wondering, the 1500 px by 600 px image ratio works the same for Notion on iPad devices; it is not true.

When you use Notion on an iPad device, Notion automatically crops the top and bottom of the cover image (from the desktop version).

This might take the meaning out of your cover image or even snip out any important information available at the top and bottom of the header.

In this case, you can do either of the two things: The first is to use the 1500px by 600px canvas and place the header image in the exact portion of the 1170px by 230px ratio.

This portion of the header image is not snipped on any ideal smart device such as a desktop, iPad, or even a smartphone.

The second thing to do is resize your header or cover image to the Notion-supported iPad header area. The appropriate dimensions are 1170px by 290px, which should give a perfect fit to your Notion cover on iPad devices.

Notion also crops your header and cover image sizes on your smartphone devices, such as an Android or iPhone. However, unlike an iPad, there are no accurate dimensions as mobile devices come in different widths and heights.

For instance, the sizes of an iPhone 6s and an iPhone 13 differ on a large scale, while an iPhone 13 Mini does have a major difference from the dimension of the iPhone 6s. This case is a lot similar to all the other Android and iOS devices.

So, what size rule should one follow for the header or cover image on your smartphone?

For ideal smartphone devices, you can use 1170px by 445px, and if your device is slightly bigger than the ideal size, you might see a little stretch outside this dimension on the top and both sides.

The ideal size for the cover image for the web version or desktop version with wider screens is 1500px by 600px, while on the iPad, the top and bottom of this dimension are snipped out, and the ideal cover size for the iPad device is 1170px by 290px.

On smartphone devices, like Android and iOS, the story is completely different as they come in various sizes. However, for an ideal smartphone size, the appropriate Notion cover size should be 1170px by 445px.

If you are looking for an ideal section that does not snip out on any device, use a 1500px by 600px canvas with a cover image positioned at 1170px by 230px.

We hope to have helped you with the Notion cover image size for your device; if you have any questions, drop them in the comment section below. 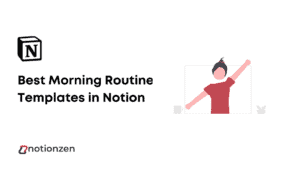 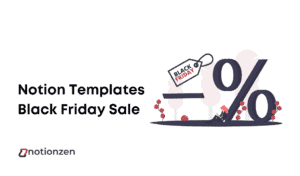 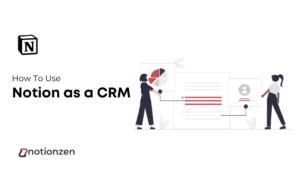