Do you want to know how to create columns in Notion?

Columns in Notion can be a great way to make your dashboard look more aesthetically pleasing and well-balanced. Notion does not have a direct way of creating columns, but there is a trick that you can use to add one easily.

In this article, I’ll walk you through the process of creating columns in Notion.

How To Make Two Columns in Notion?

With Notion, you don’t need to construct a table to arrange your text or images in a column. You can create as many columns as you need to organize data and make it easier to understand.

The below steps to create columns in Notion aren’t as challenging as they appear. You must perform them in the following order as explained below.

That’s it. Isn’t it easy to create columns in Notion?

Let’s now see how to add multiple columns in Notion.

How To Make Multiple Columns in Notion

You may want to create multiple columns in Notion and arrange your content. The steps will be similar to what we did above. You can drag any block to the extreme edge till you see a vertical blue line and drop it to create a column. Follow steps 1 & 2 from above and repeat till you create the desired number of columns.

Now that we know about how to make multiple columns, let’s now see how to add content to columns in Notion.

Adding content to the column is as easy as it is to make columns in Notion. If you want to name each column based on the information it contains, you can just add a heading block to each column. The heading block is available in three sizes: H1, H2, and H3.

That’s how easy it is to add content in a column. You can further customize the column appearance by changing its width. Let’s see how we can do that.

How To Adjust Column Width in Notion

To adjust the width of a single column, you can bring your mouse courser to its edge and drag the light grey border in either direction until the column reaches the desired width. You may modify the width of any column to your choice.

That’s it for this short tutorial on how to make columns in Notion. We have many such Notion basic tutorials on this blog that you might want to check out to further improve your Notion skills. 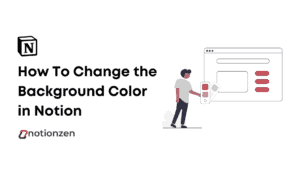 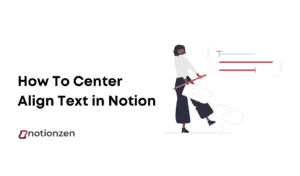 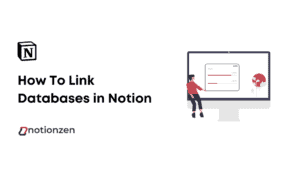